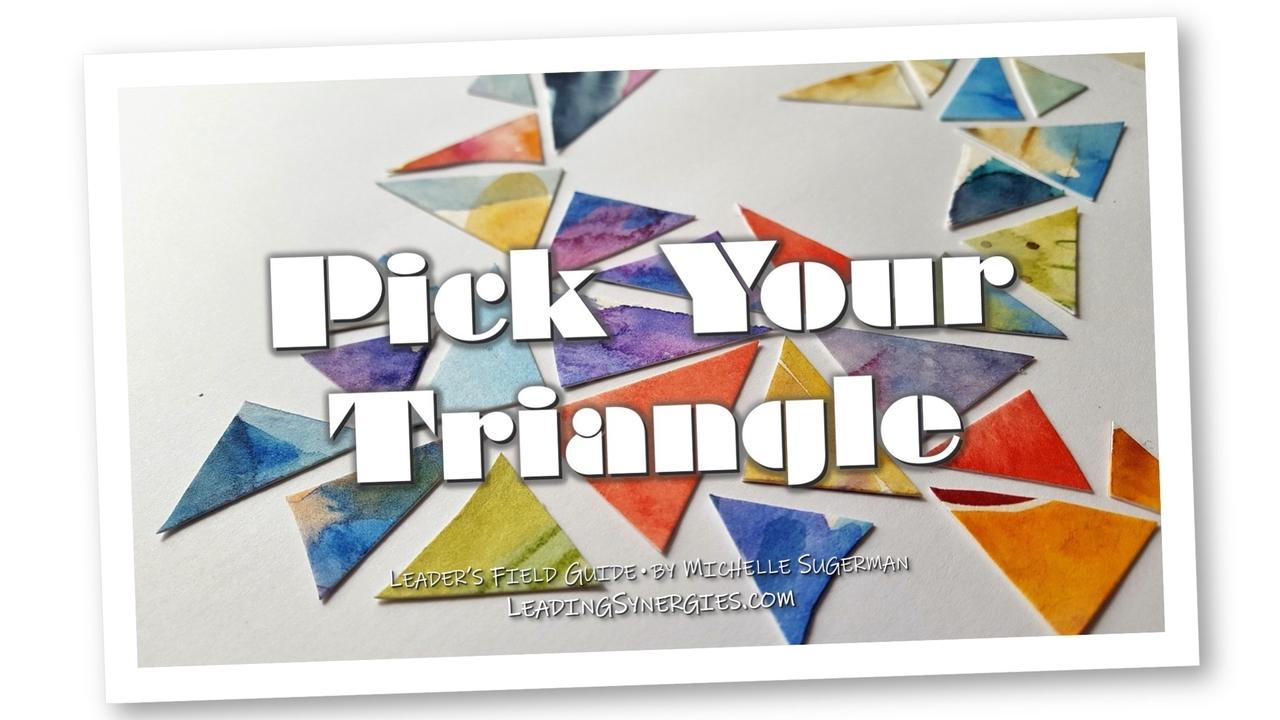 We play roles on a stage called "Workplace". What's your starring role? Are you enabling? Empowering? Pick a Triangle and start practicing your lines!

I love a good science-fiction movie! I would choose that or a thrilling mystery over a drama. And though we may not agree on the best film genre, we probably could agree that mystery and drama belong on the Silver Screen rather than in the workplace. I’m sure you’ve either observed or been caught up in the theatre of the Dreaded Drama Triangle (DDT). Dr. Stephen Karpman described DDT as the interaction of three characters: Victim, Persecutor, and Rescuer. Each individual responding to other actors and scenes— in a live performance!

All the world’s a stage,
And all the men and women merely players;
They have their exits and their entrances;
And one man in his time plays many parts…
~ William Shakespeare, As You Like It

As much as we want to avoid it, we are all playing our role on a stage called Work Teams, Client Interaction, or Vendor Partnership. Have you read scripts from the characters listed below? (Note: depending on the stage, you may have more than one role.)

Roles of the Drama Triangle

Thankfully, we can all choose to recast ourselves into more productive roles. David Emerald describes a more functional triangle in his book The Power of TED. TED or The Empowerment Dynamic outlines three new roles that shift power and ownership to the Creator role.

Roles of the Empowerment Triangle

Visit a Synergy Group and discuss the transformative Leadership Development and
Spiritual Growth presented in the Leader's Field Guide. Synergy Group Members
can access this week's Synergy Group Agenda in "My Gym Bag"

Join other Christ-followers for upbeat discussion and challenging application of the Leader's Field Guide.